We will not give up. Never knowing what happened isn't an option.
Our expeditions with experts allowed us to eliminate the possibility of a fall into the river. We need to carry out a new line of investigation in the field and keep a constant dialogue with stakeholders both in France and Japan, always with the same objective: get some answers while conducting our own research. 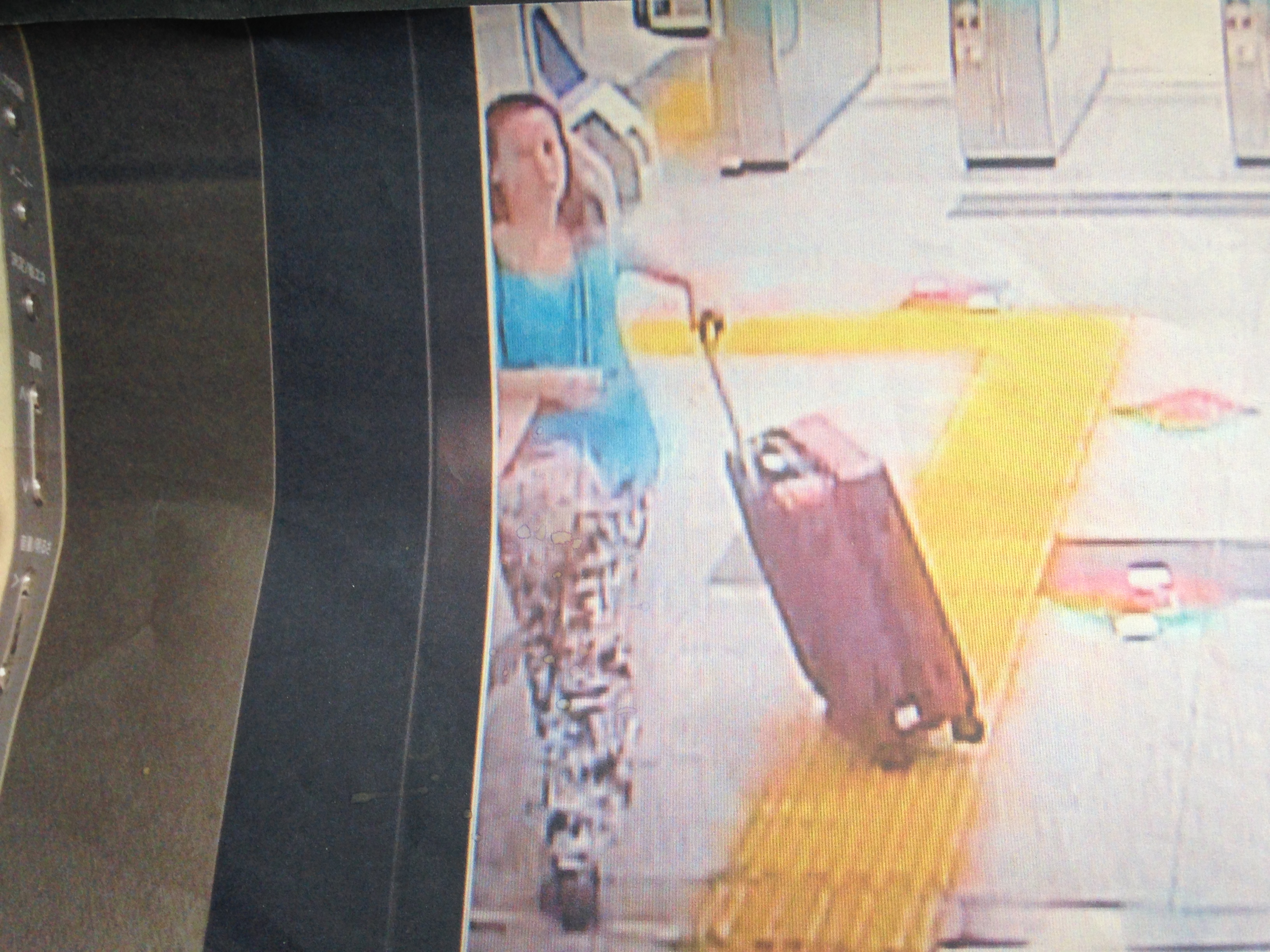 Tiphaine arrives at Nikko train station early in the afternoon.

Tiphaine walks towards her hotel and makes frequent stops to take pictures, despite carrying her suitcase. She sends several pictures to her family and friends on WhatsApp, and regrets that she cannot visit temples on that same day. Tiphaine arrives at her hotel around 4pm.

The hotel owner indicates she left the hotel around 10am.

The hotel owner informs the police.

Tiphaine didn’t check out of her hotel room.

The French Embassy in Japan informs the family. 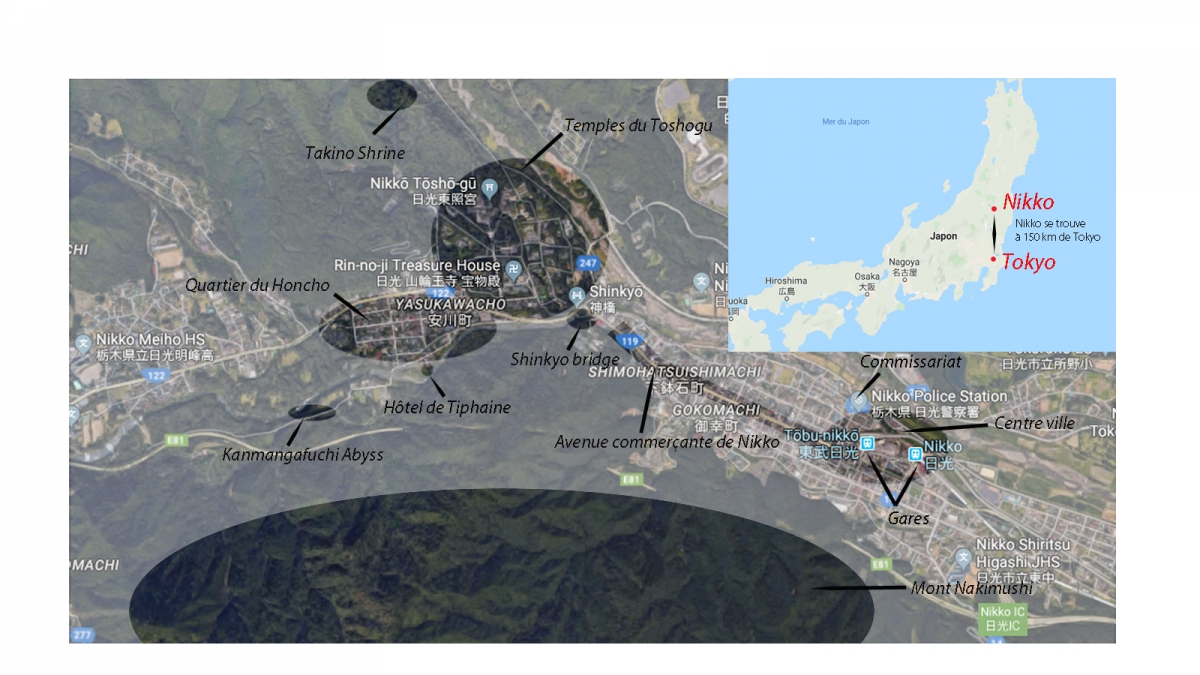 The police organize a search in a hiking area.

80 men are mobilized in the area of Kamangafuchi Abyss and around Mount Nakimushi.

The family meet the police for the first time, in the presence of the French Embassy.

The local police examine the room in which Tiphaine stayed in Nikko with luminol, in the presence of the family.

The luminol identifies marks on the wall, witnessed by Damien

An official preliminary investigation on the charges of "kidnapping and unlawful confinement" is initiated in France. 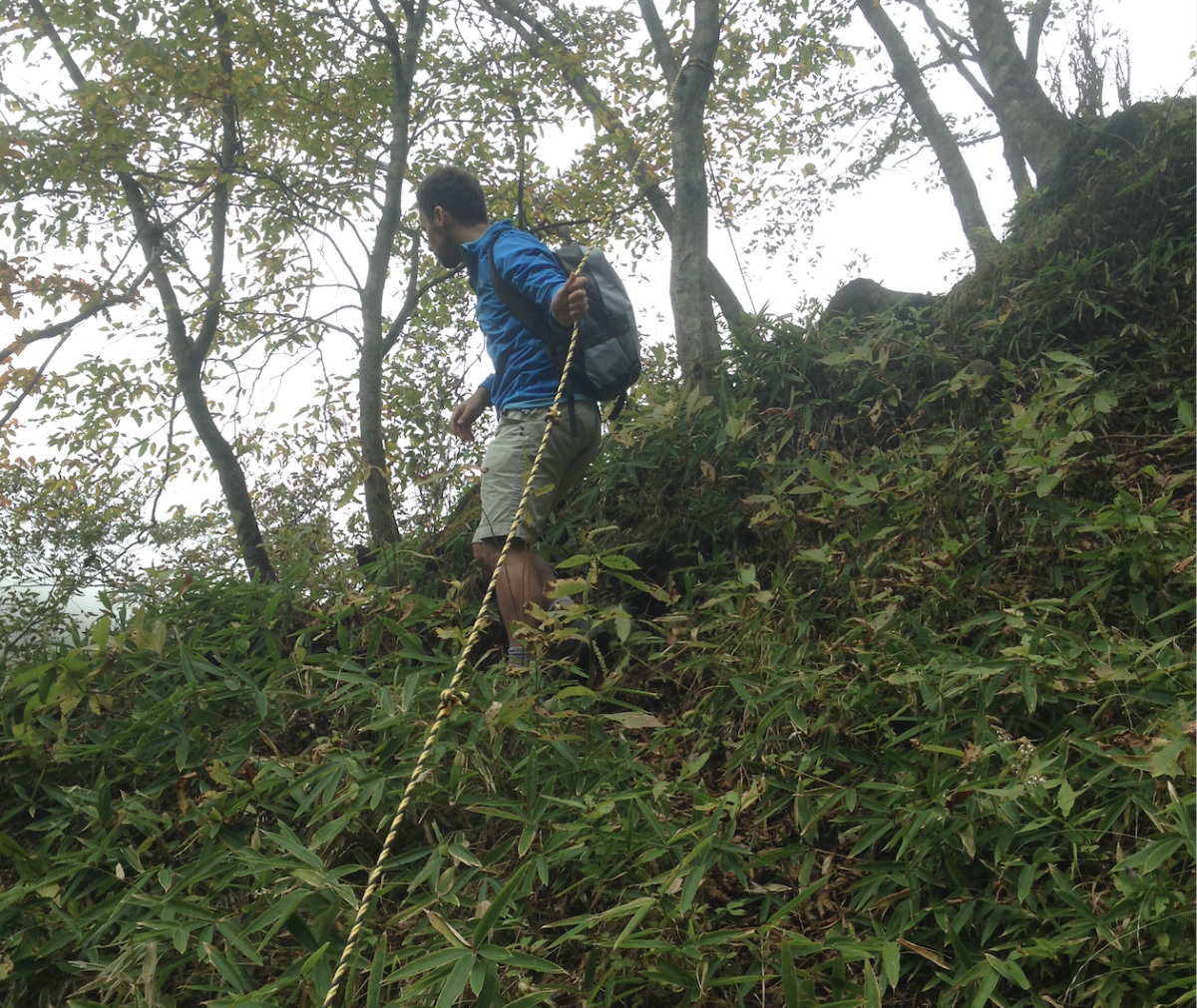 Damien travels back to Japan. 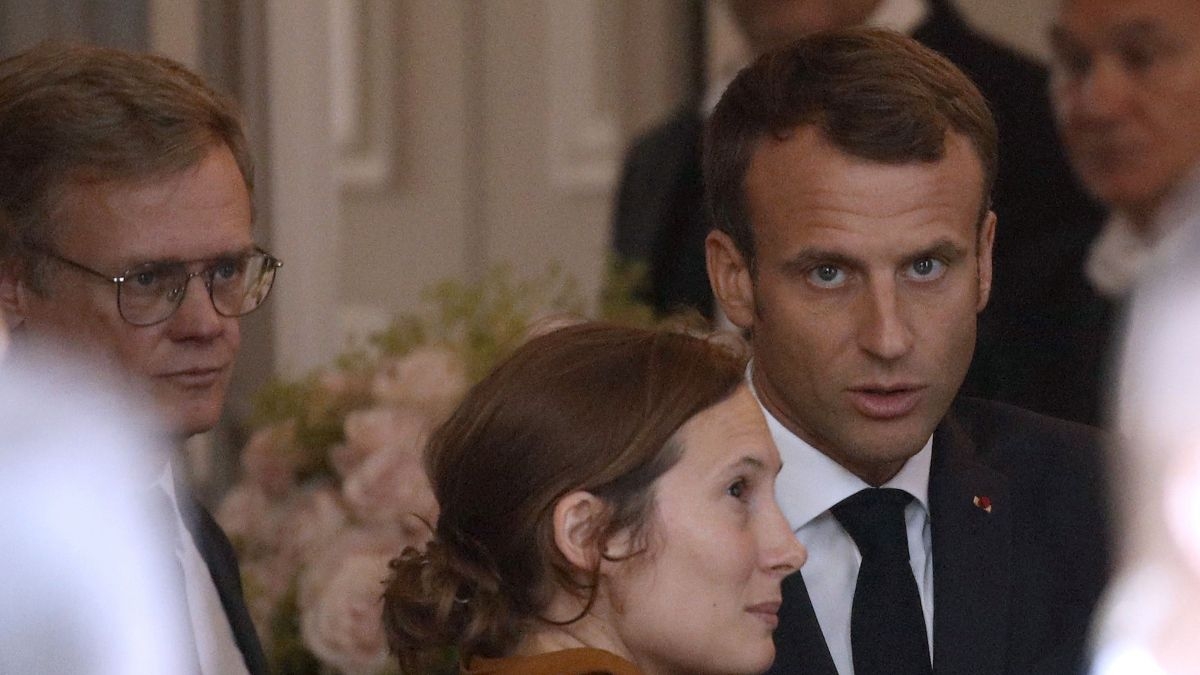 Sybille calls out to Emmanuel Macron and Shinzo Abe during the press conference held at the Elysée Palace.

Nikko police organize a final search around the hotel and a 5km stretch along the river. 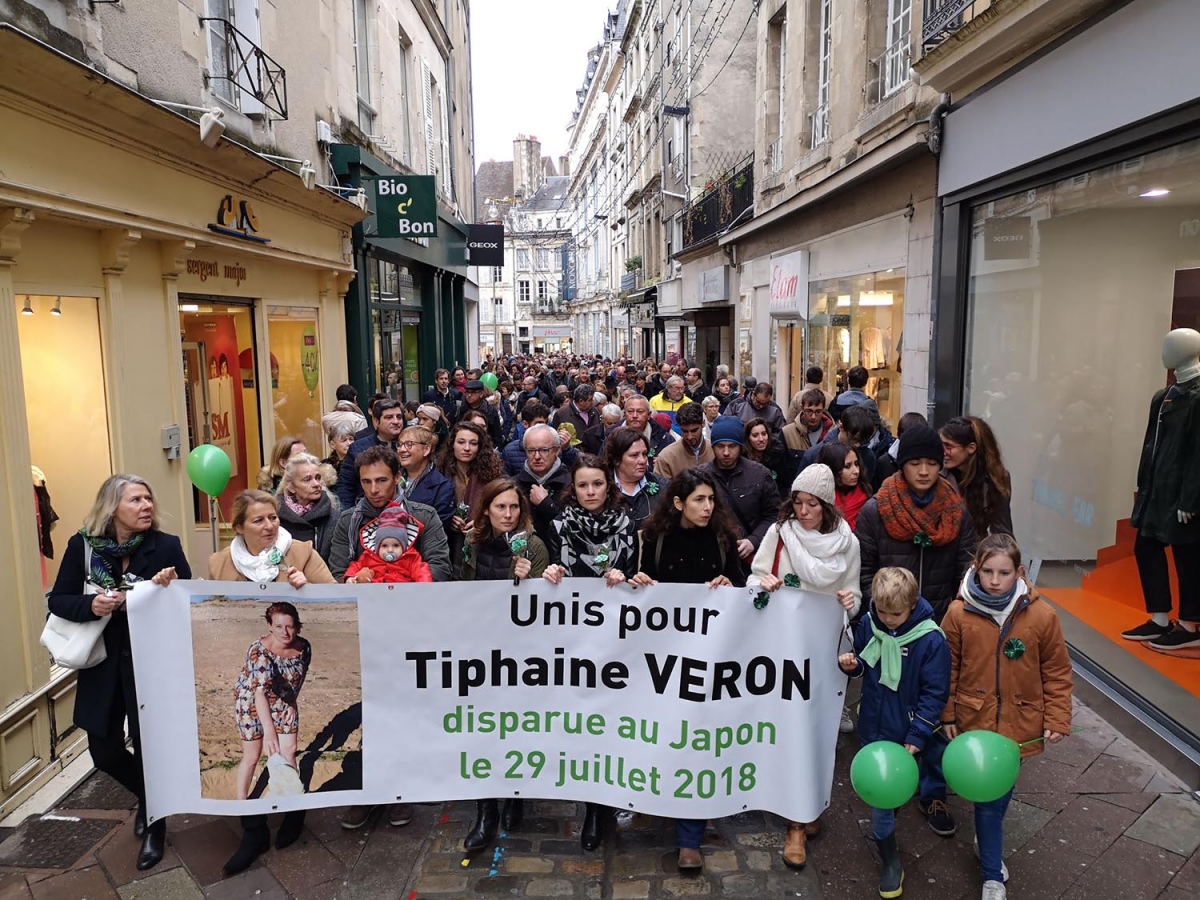 A march for Tiphaine is organized in Poitiers, in the presence of Poitiers Mayor Alain Clayes and Parliament member Sacha Houillé. 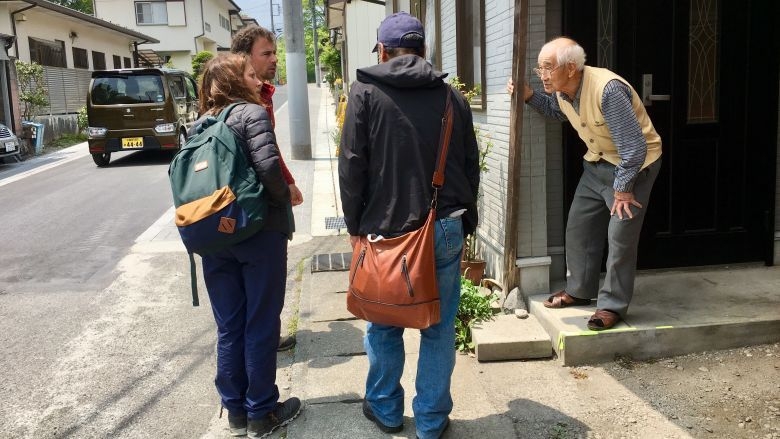 Damien and Sibylle travel back to Japan.

Support group gathering, meeting with the police and the French Embassy, inspections on the field. 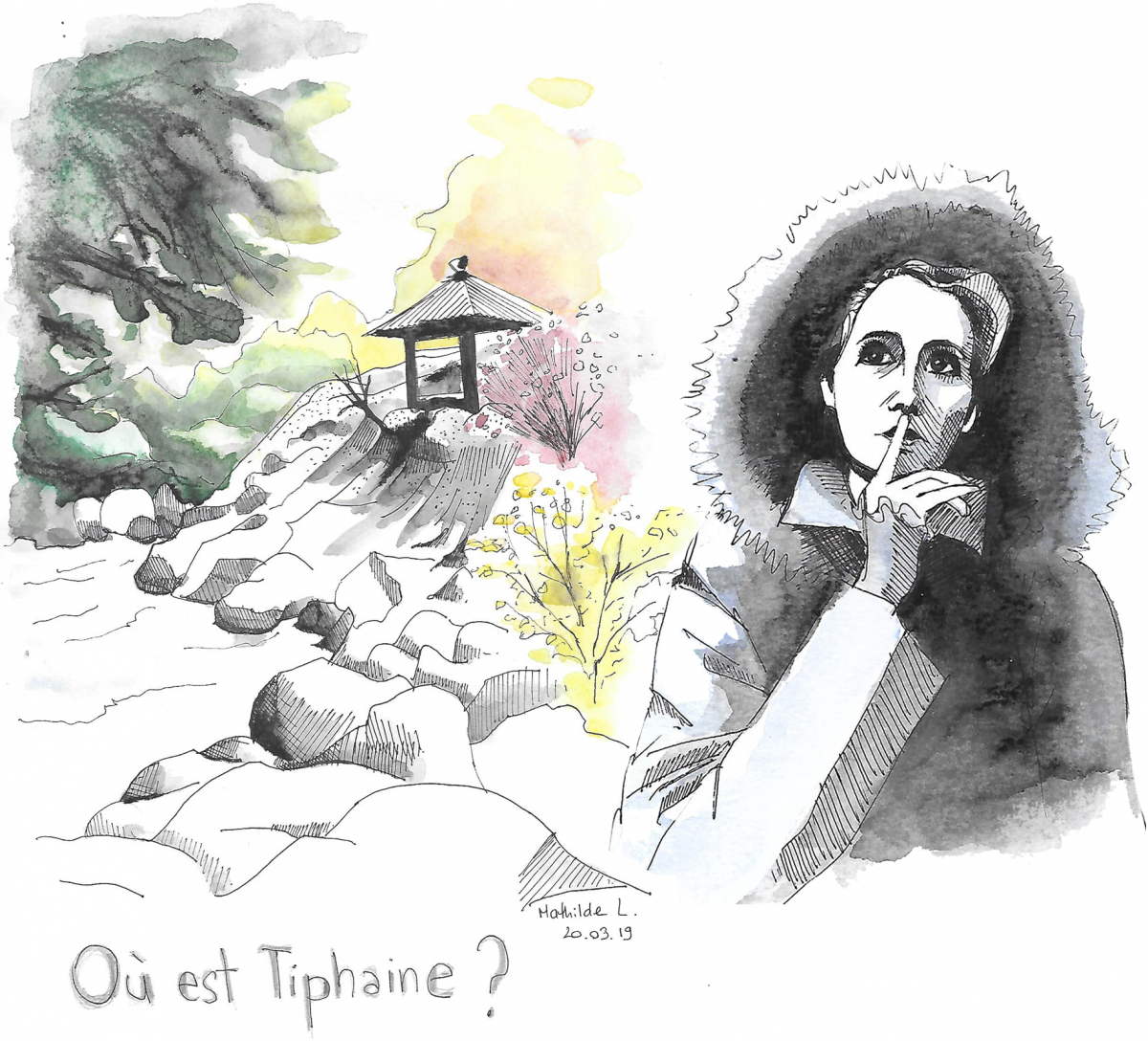 Family and friends of Tiphaine launch the campaign "Drawing for Titi".

A call is issued to graphic artists and illustrators to send drawings and create an artistic chain to raise awareness and keep the investigations going.

Garage sale organized by the French community in Tokyo to raise funds.

On the initiative of a French student in Nikko, local Rotary members hand out flyers with Tiphaine's picture in the city's train stations. 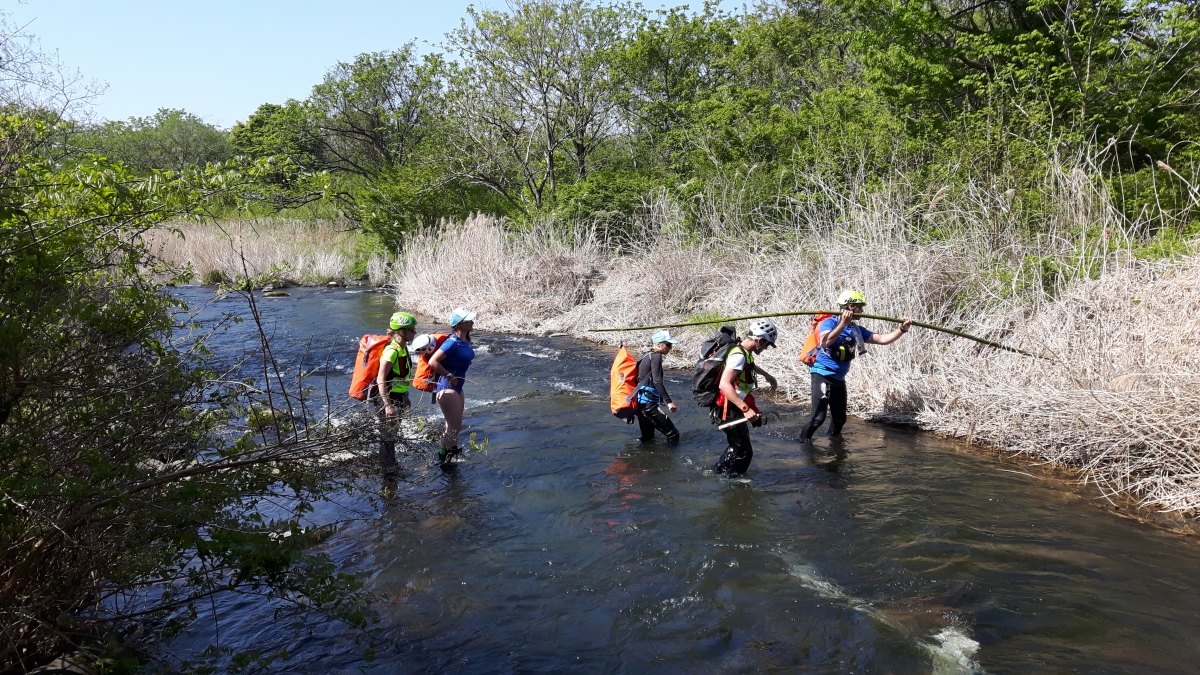 Poitiers Police chief goes to Japan along with a criminal investigation police officer to retrieve case data which had been demanded by the French Court since October 2018.

Encouraged by the French judge in charge of the case, the family hire an expert crew, Mountain Medic Events, to search critical areas of Rivers Daiya and Kinu. 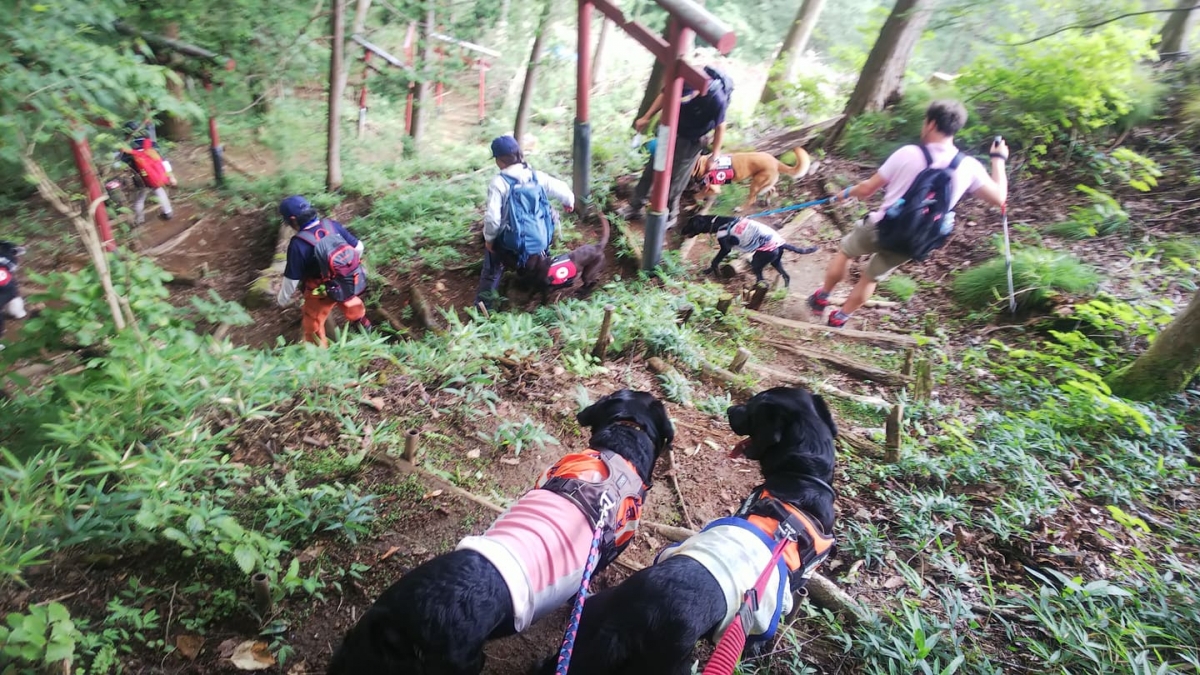 Anne & Damien travel back to Japan. 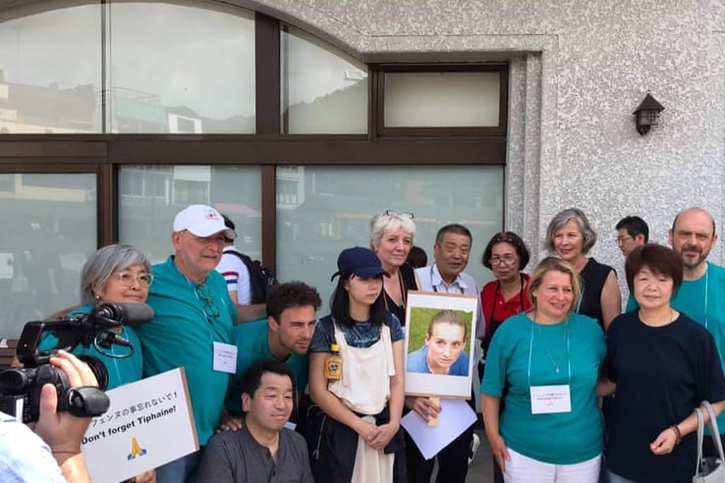 A new march is organized in Nikko with family supporters on the first anniversary of Tiphaine's disappearance.

Garage sale in Poitiers with family belongings and voluntary donations to raise funds.

Sales on a permanent garage sale went on until the end of November.

Women and girls of the French community in Japan participate in the Yokohama Seaside Triathlon.

They are wearing a ‘Don’t Forget’ T-shirt in support of Tiphaine’s cause.

Creation of the association "Unis pour Tiphaine" "United for Tiphaine"

First general meeting of the association in Poitiers.